We will try to demonstrate here why there is no more then 3 stops headroom in highlights between the exposure suggested by the spot-meter and the clipping point of the raw data. We presume the camera follows the current ISO standards; the sensor is single-structure (not like those Fuji S5 cameras have); the capture is obtained in 1 shot; and that the raw data is linear. 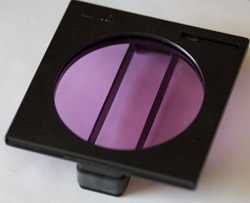 These Lab renditions of Macbeth ColorChecker, ColorChecker DC, and ColorChecker SG (attached archive contains three 16-bit Lab TIFF files of the targets; if you need them larger please upsize in Photoshop using "Nearest Neighbor" method in Image -> Image Size) can serve as a visual reference as well as for adjustments "by numbers" during raw conversion and post-processing.

Please note that ColorChecker SG contains a structure very similar in appearance to 24-patch regular ColorChecker; but the values of patches are in fact different.

Current digital cameras provide the photographer with what is considered to be excellent means for instant diagnostics of an image right after the shot is taken.

The question whether one should expose "to the right" or should it be "exposure for the subject" (centred exposure) causes a lot of discussions when it comes to digital capture. Technically, this boils down to a simple question of placement lightly textured whites, like snow - should those be hitting the right wall of the histogram; or should they be placed about 2 stops lower, to the left on the histogram; or even somewhere between 0 and 2.

What is the connection between exposure and raw converters? Or, to put it another way, why consider exposure on this site?

For that, there are two reasons. First, we would like to discuss various photography-related topics. Second, the quality of the resulting image largely depends on the correct exposure, as do the time and the effort spent during the conversion.

Lets start with the definitions Adams suggested to the zones.